Monuments to Everyman~
“I embarked on this project to replace the ‘heroes’ we have historically been offered, high up on marble columns, with more personalized, idiosyncratic monuments. Each column begins with containers emptied of my prescriptions, supplements, cremes, beverages, and mints—from the prosaic to the profound, they mark the passage of time and represent life itself. They are then topped with generic Everyman figures used in architectural models. (While Everywoman figures are also made, I gravitate to the men in a reflective act of self-portraiture). Finally, plaster fills the containers to overflowing, transforming the everyday into Art, subsuming the personal with the universal, and creating a new kind of Monument to Everyman.” 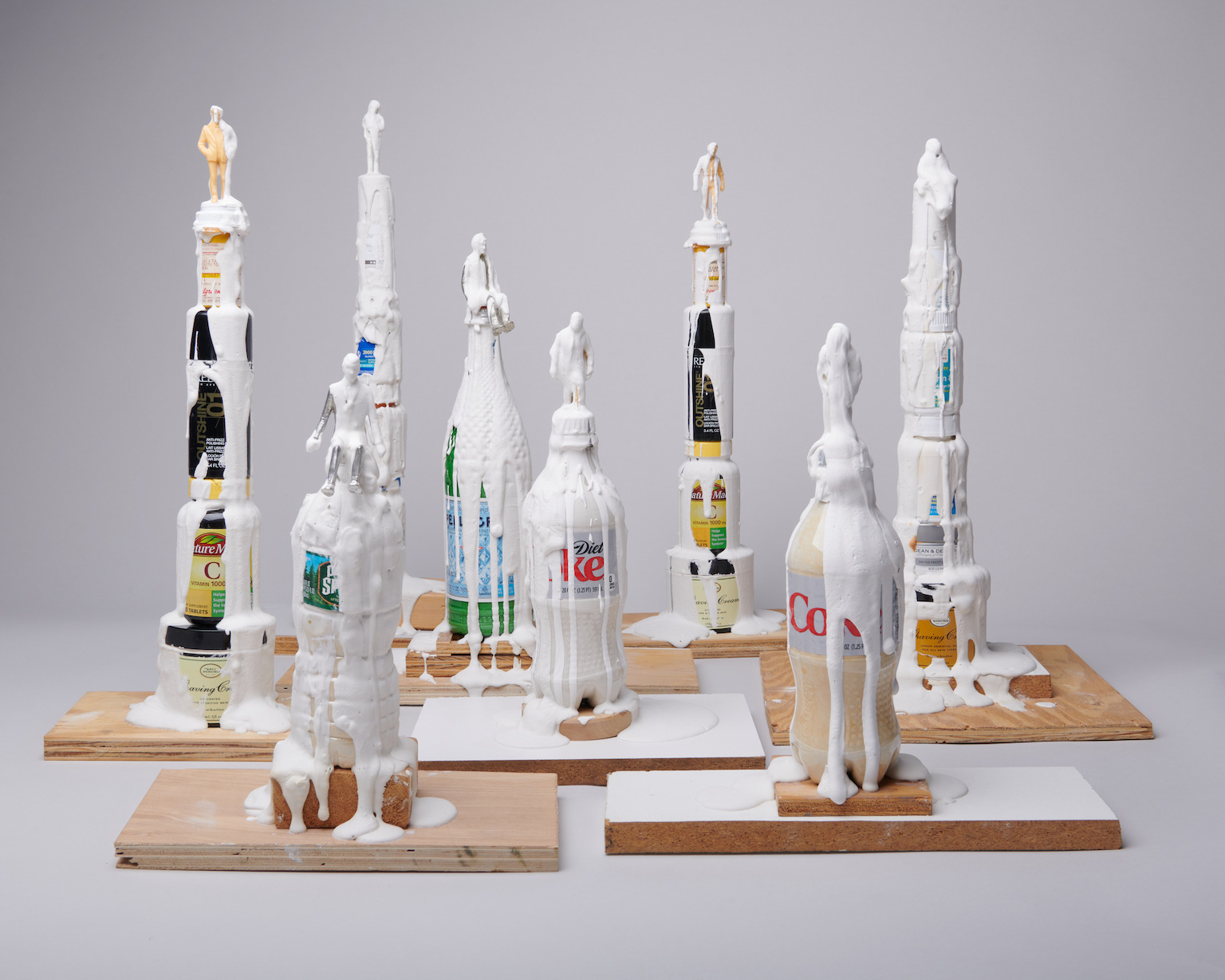